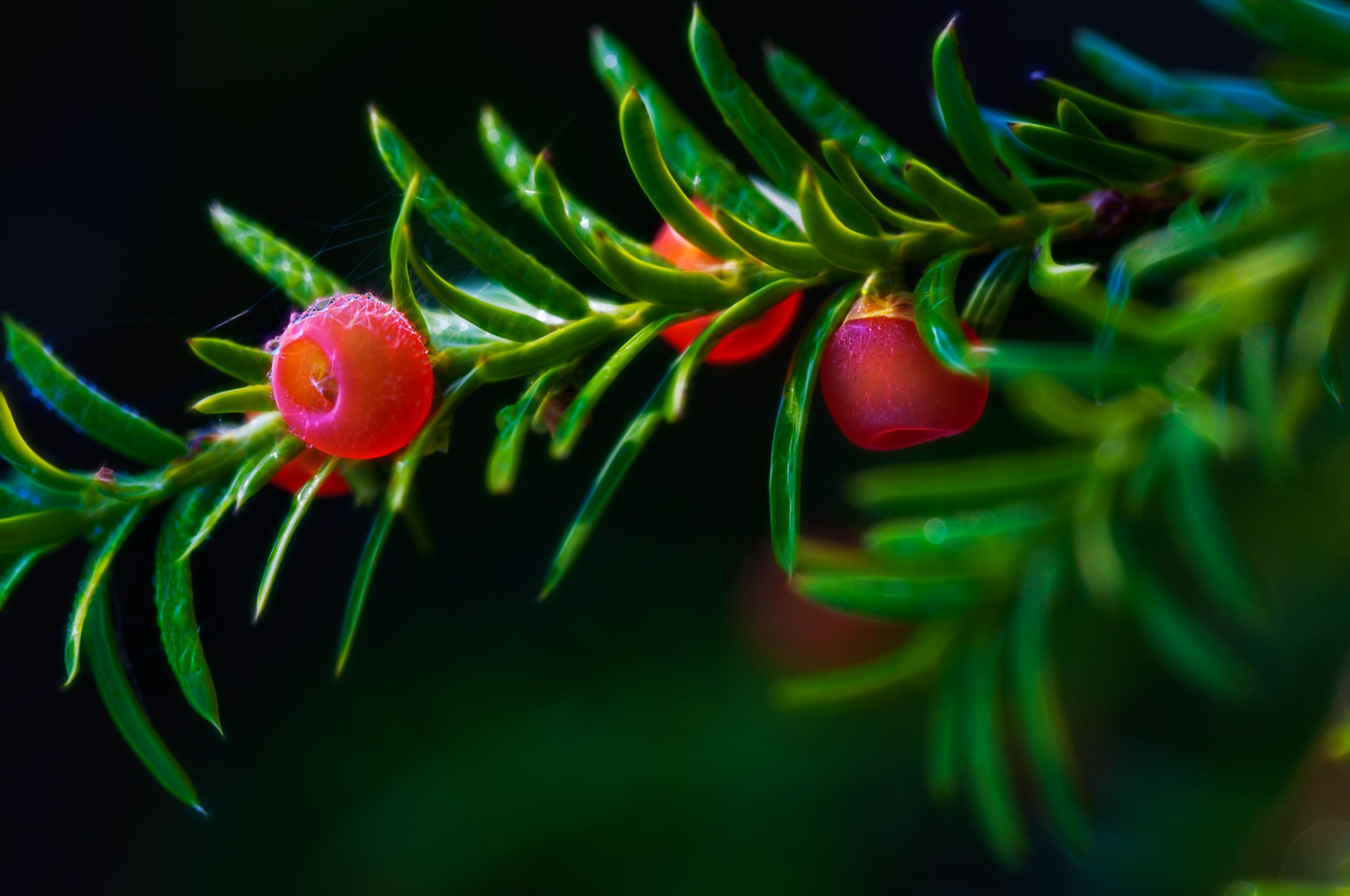 Large bushes of yew grow wild on North-East Hawk Island off the coast of Phillip Edward Island, Georgian Bay. Do not venture out there in a canoe unless you have a splash cover.

My kayak trips there are memorable for several reasons: first: those rare nature lovers who dislike cockroaches should avoid it, or at least avoid its most obvious camp spots which are infested. Secondly, on a happier note, there are numerous marine fossils here which have washed up on its pebble beaches. This is something one might expect on Green Island which is located another half hour’s paddling into the open water of Georgian Bay and is, like the Bruce Peninsula, geologically sedimentary rock. This is interesting in such close proximity to the Canadian Shield country of Georgian Bay’s east coast, which features rocks, a billion years old, dating back to the formation of the Laurentian Range. No fossils there.

There are two other interesting things. Birds. There is, in the tree tops, a small Blue Heron colony here as well as a seagull colony. Lastly: this island appears to have, in one protected spot, an old campsite where very juicy red currants bushes grow abundantly. No cockroaches there.