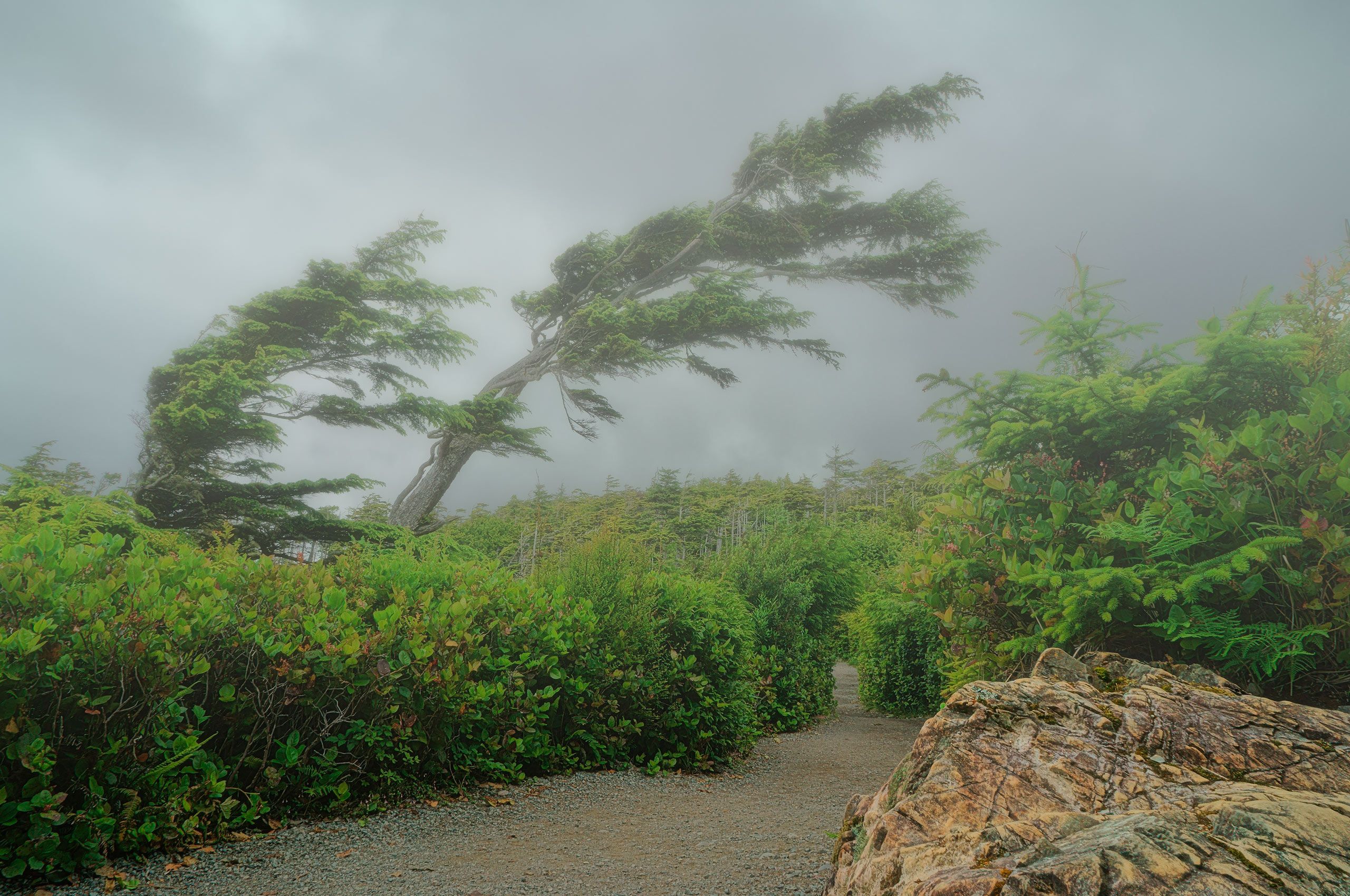 The processed Raw image in this case showed a white featureless sky. The image suffered from tonal imbalance: white on top, dark at the bottom. I had all but written it off as a reject.

Then I tried the rapid edge selection tool on the tree. It seemed to work. Keep in mind: the tree was very sharp. There was actually very little wind… I inverted the selection (now the sky was selected) and reduced the exposure. This was done on a 240MB, 16 bit file, nearly 8000 pixels wide. To my surprise the image now showed a heavily clouded sky with great cloud detail. It really looked like seriously stormy weather, totally matching the expectation suggested by the shape of the tree.

When I zoomed in on the image I became more aware that the selection tool had missed some tiny spots in the middle of the tree. These remained bright like the original sky. I spent a bit of time touching these up since they might become visible in a large print. In web versions of the image it was impossible to see.

I finished the edit by brightening the green channel in the adjustment layer panel and then processed the image in Topaz giving it a foggy-rainy look. Before that the image was of course reduced to 8 bit. Wild weather on the Wild Pacific trail became a reality.

Remember what Uncle Ansel said: “Photographs are made. Not taken.”