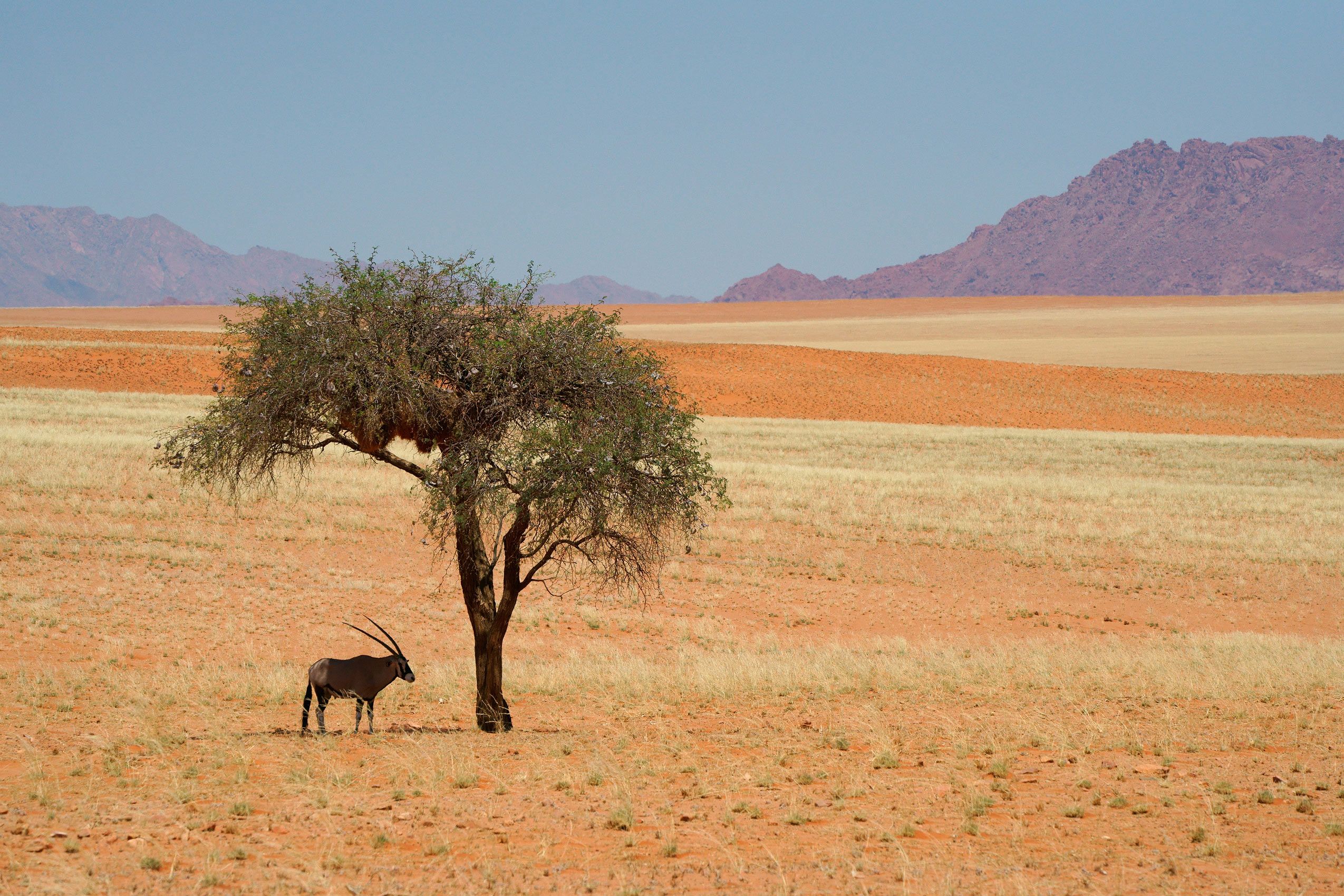 These handsome antelopes are able to survive the desert heat without drinking.

They have several strategies for staying cool such as hanging out in the shade of trees or at the top of a dune where they catch a little breeze. Their physiology also evolved an extreme frugality with water.

In this pic, from the Wolwedans area, we have an Oryx under a tree. This seems a typical mid-day scene. When we first arrived in this location, the Oryx was right in front of the tree, facing left out of the picture. I told Jason - my guide - I preferred the Oryx to turn around and look into the picture. Jason promptly honked his Safari buggy’s horn and yelled something. The Oryx startled, ran 10 feet to the left, but then turned back. I was ready for him with camera on the tripod. He ended up just where I wanted him and I swear…without Photoshop. Jason speaks English, German, Afrikaans and about 13 Namibian tribal languages. I suspect he speaks a little Oryx as well.