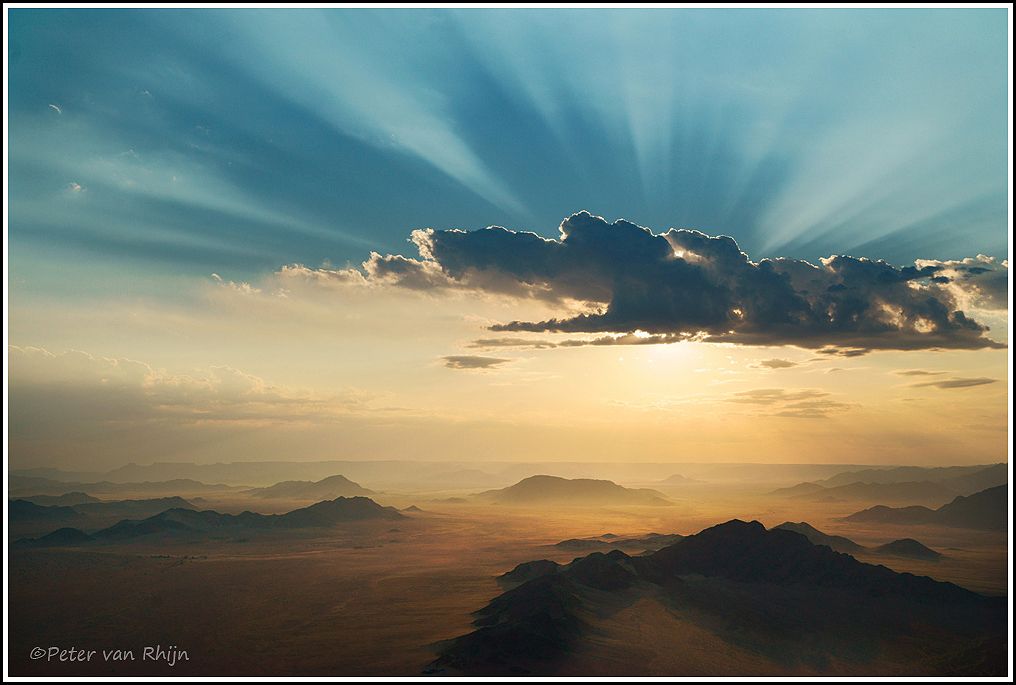 A bit north-west from Wolwedans is the town of Sesriem. This is the gateway to the famous red dunes in the Sossusvlei area of the Namib Naukluft Park.

From Sesriem one can book hot air balloon rides near the eastern edge of the red dunes. A balloon ride over the dunes themselves, while no doubt spectacular, would be problematic because the ground crew would have no access to pick up the balloon if it landed inside the dunes. So we’re told.

The journey starts shortly after sunrise and we float over spectacular mountain ridges similar to the Wolwedans area, with a ridge of red dunes visible to the west.

We were celebrating our 21st wedding anniversary. Mother Nature fully cooperated to make this a most memorable event. This pic shows what we were treated to.