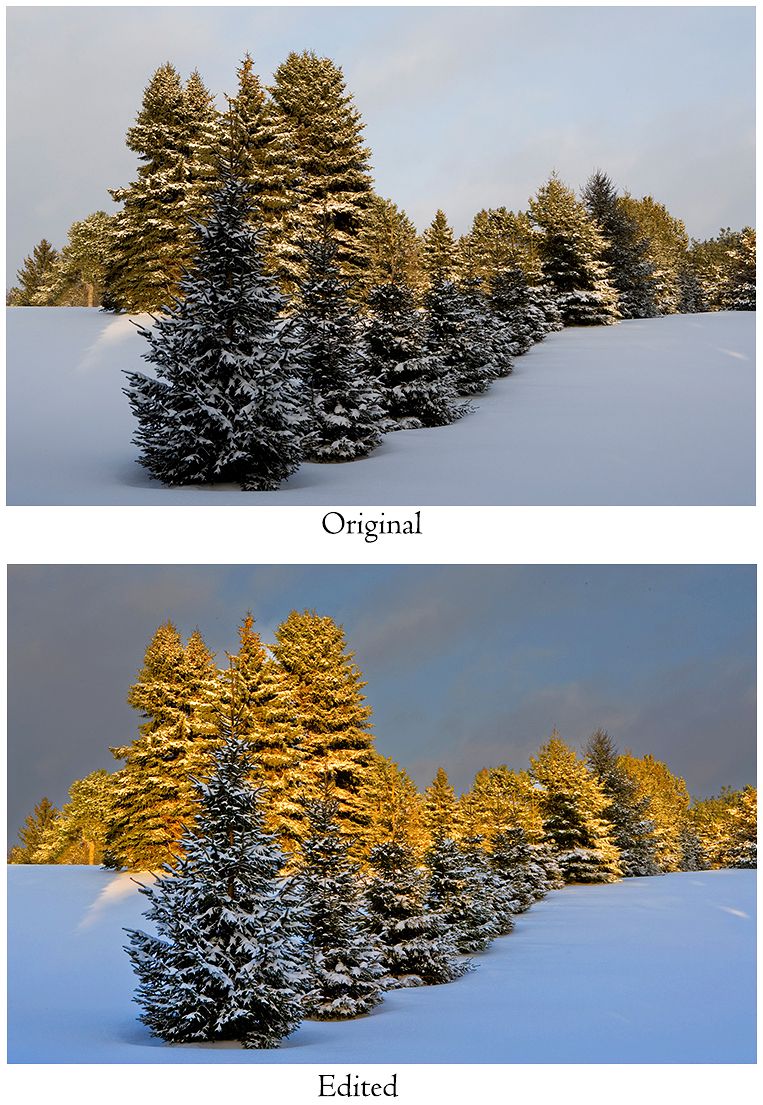 This image is a good example of three important points.

The top image is showing the original unedited Camera Raw image. This image was made with a Canon 1Ds about 13 years ago and for several years I convinced myself that the beautiful light on the trees that I saw was there only in my imagination. It was taken on an assignment, and I did not submit it to the company that hired me because I was sure it was a reject.

Very recently I had another good look at this Raw picture, and I tried some newly learned approaches. I played with the contrast and the saturation of the light hitting the trees. I then realized that Camera Raw was unable to properly render subtle colors like reddish evening light. Once I increased the saturation on the upper line of trees and reduced the brightness of the sky, the image, as I had seen it, showed up and did not disappoint. I am very glad the memory of that missing “Interesting Light Ingredient” stuck with me for 12 years!