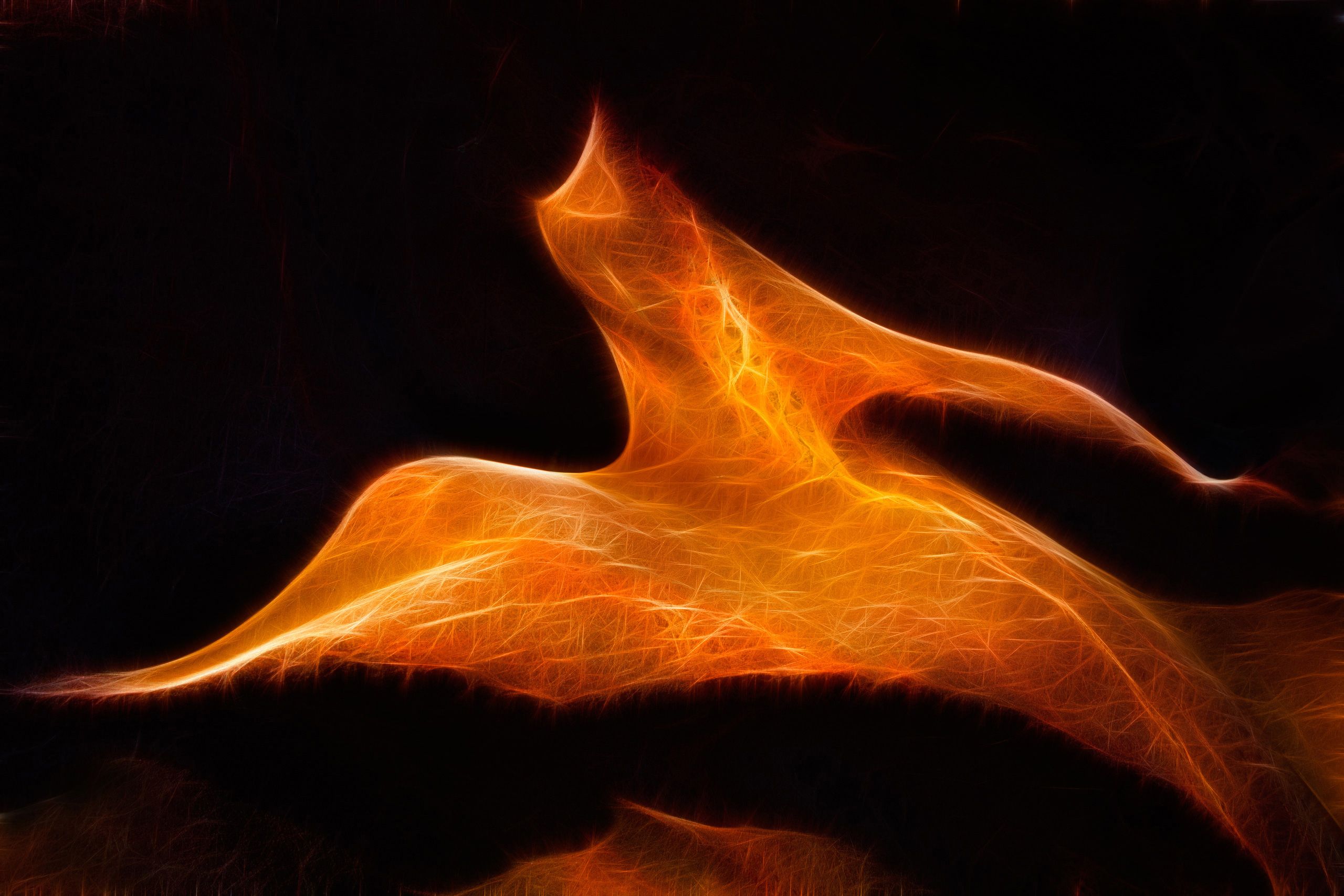 Here's my ‘Fire Dancer’. He was carved in the stone of the Canadian Shield thousands of years ago. His birth had more to do with an ice age rather than with fire.

My previous post, ‘The Alien’, was an image taken in the same location, a few meters away, on top of the rock where this image was made.

Both are 100% Fractalius derivations but the exact settings of the Fractalius software are unrecorded.

The image above reveals the location on the rock (ciricled) where the ‘Firedancer’ was captured, shot about an hour earlier. I took that image to show the scale and the typical pattern of the glacier action on the rocks here in relation to a reference object: my kayak. The kayak is a Klepper which has proven to be the ideal vessel for photo shoots of several weeks in pretty wild places like this.