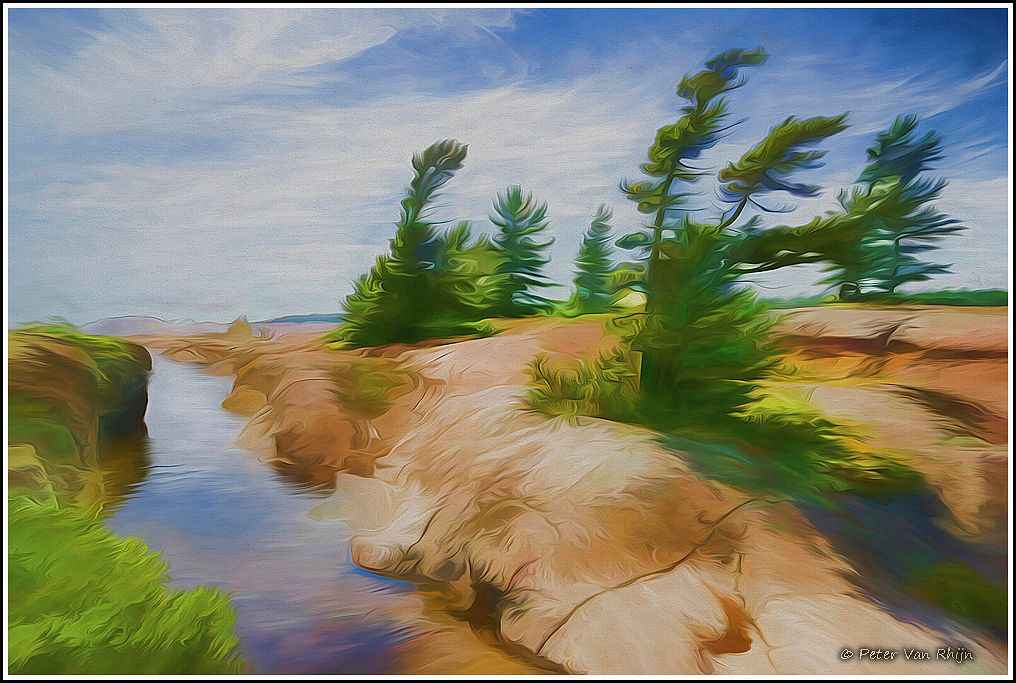 This may not look like a photograph, but it is. It was a reject actually. This one is done with Topaz Lab. Go to Impressions 2 and select the pre-set Georgia O’Keeffe ll . The pre-set panel can be opened via an arrow at the right top.

Derivations of your images produced with digital plug-in software like Topaz Lab or Fractalius can produce surprising improvements of images which might otherwise be destined for the recycling bin.

It takes a bit of trial and error, time spent sitting on your behind, which is fine during the winter months.

After playing with these for a while, you will develop a sense for the type of images that are most likely to benefit. If you save the Topoz rendering, it ends up back in Photoshop from where further editing is possible.