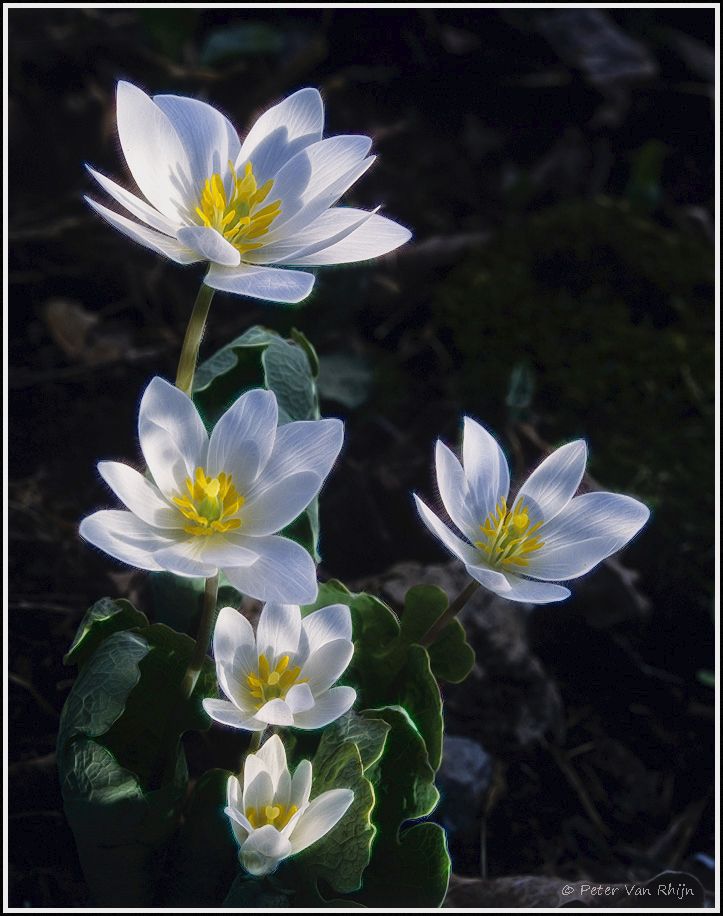 This is an image of bloodroot, one of the earliest blooming wildflowers in Ontario.

This image probably dates from the year 1995, so from late analog (film) age. Taken with Mamiya RZ 67 Pro on Fujichrome medium format. (However this was by no means my first bloodroot image as I was shooting bloodroot in the late seventies with my 35mm Canon system.)

Who influenced me? Mostly Mary Ferguson’s book Canadian Wildflowers and her wildflower calendars. But my main motivation was always the production of my next AV show, a job which took on average 5 years because it was done in my spare time. To my knowledge the show for which I took this image was the first 6x7 format nature AV show produced in North America. That was enough incentive to try and do it well.

I used a halogen spotlight in combination with a reflector for this image. This is a drum scan of the original slide which has increased the contrast somewhat.

The main ingredients are simplicity, interesting lighting, and clear visual order: a clear path for the eye to follow through the picture space.