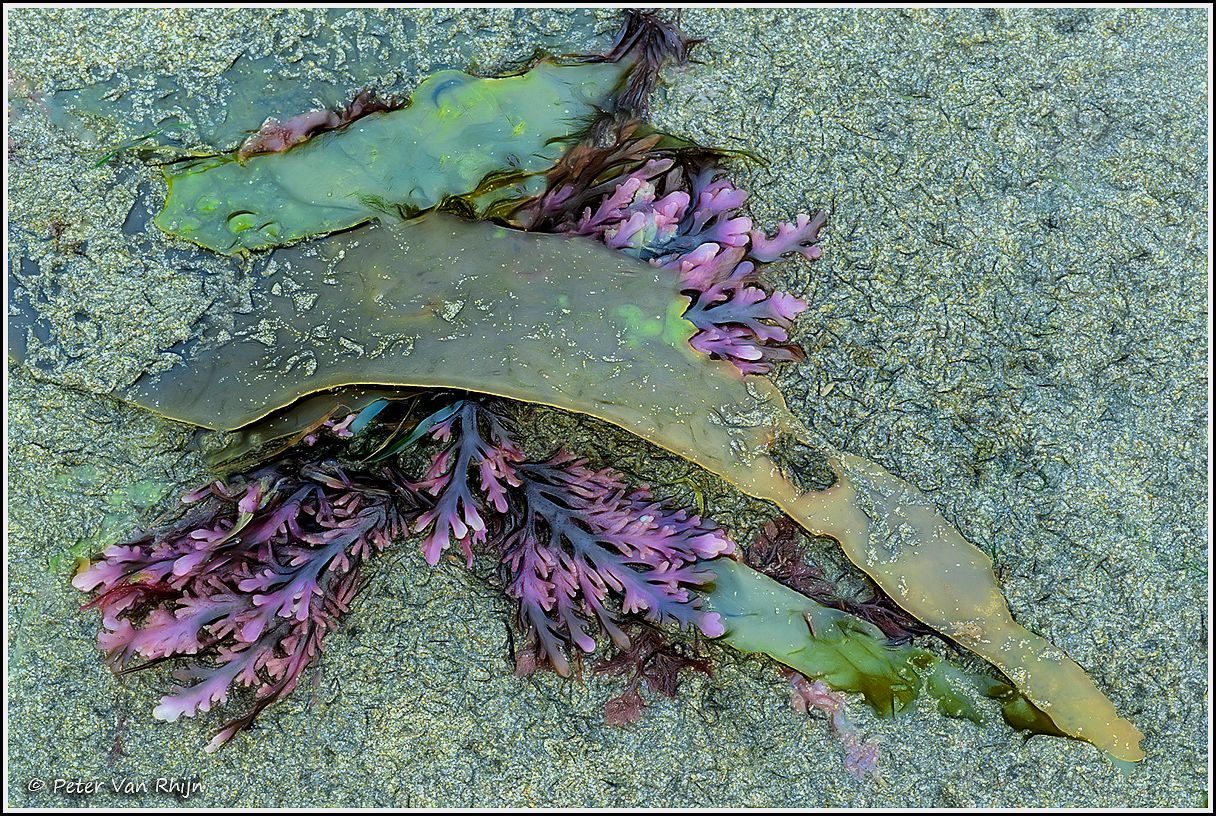 The rough story behind this still life was the storm that abused the beach the day before. And clearly not just the beach, but the ocean floor as well.

For me this was a bonanza. The wind had produced an abundance of sand patterns and plenty of washed-up marine life to be inspired by.

I am preparing a new talk on Macro Photography. This image was made with a Mamiya RZ 67 camera. With this camera the focusing mechanism is done with a bellows, which is part of the camera body. The lens design is simplified: none of my lenses needed the built-in focusing function. And all my lenses could be used as macro lenses!

This image was also treated with a Topaz creative digital filter. Topaz Labs Glow2, the preset ‘Wonderland’ was dialed in at roughly 10 %.